Is Europe about to hit a wave of large-scale asset management mergers?

Europe's asset management industry witnessed some joining of forces is 2017 but little thereafter, suggesting mergers remain fraught with risk despite the undoubted benefits 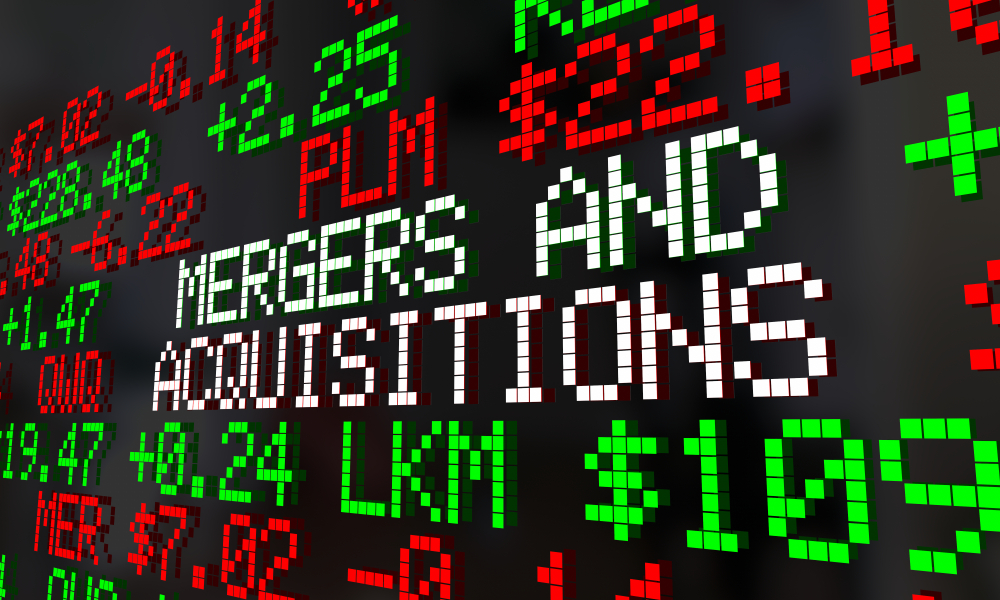 Chatter about asset management consolidation in Europe appears to have taken over from chatter about banking consolidation. In light of an absence of large cross-border completed transactions on the banking side, the failure of Deutsche Bank’s talks with Commerzbank and UBS, and ahead of any concrete new news regarding UniCredit, ING or any other suitor’s intentions towards Commerzbank, that’s perhaps not surprising.

That goes for the perennial media mentions of BNP Paribas, Santander and Societe Generale as forces for consolidation. There’re only so many ways you can spin a story that seems to go nowhere despite the best efforts of European policymakers to push the cause of Banking Union and the media keen to get its teeth into a big merger story.

Talk of asset managers joining forces has gathered pace and is now part of standard industry narrative. From a strategic standpoint, mergers can clearly drive cost efficiencies. Asset management margins remain under pressure on the back of market uncertainties often leading to a volatile performance. In addition, competition and regulatory demands for greater transparency have put pressure on fees, as has the onslaught of inflows into passive and other low-margin strategies. And just like in the banking sector, consolidation can be a way of accelerating large-scale investments in digitalization and robo-advisory platforms.

There’s talk of a dramatic reduction in the number of stand-alone fund management firms, but the past year to 18 months hasn’t seen any in-region scale European transactions. So where are the big European asset-management mergers?

Some stand-out deals closed in Europe in 2017 (Amundi/Pioneer; Henderson/Janus; Aberdeen/Standard Life), but they weren’t followed by a similar flow of scale deals in 2018 or so far in 2019. Perusing Refinitiv M&A data, the deals in the market involving European firms last year and this are pretty small and have veered much more towards stake peddling, ownership top-ops or specific asset purchases (particularly involving real estate assets or portfolios) than corporate mergers.

Federated Investors buying a 60% interest in Hermes Fund Managers for US$350 million, Schroders acquiring a 49.9% stake in the wealth management assets of Lloyds Banking Group (US$259 million), Rathbone taking over Speirs & Jeffrey (US$159 million), Caledonia Investments taking a 36.7% stake in Stonehage Fleming (US$142.5 million) or Julius Baer acquiring the remainder of Kairos IM (US$115 million) are where deals are happening. Industry game-changers they’re not.

Invesco’s recent acquisition of Oppenheimer Funds from MassMutual to form the sixth-largest US retail investment manager and the 13th largest global investment manager with US$1.2 trillion assets under management (AUM) may have filtered some minds in Europe, however.

Indeed, there has been a lot of recent speculation about bigger deals emerging in Europe. Merger talks between DWS, Deutsche Bank’s asset management business, and UBS Asset Management seemed to have been greeted quite positively earlier this year. In fact, they reportedly led directly to merger talks between the banks themselves, and only ended because the teams couldn’t agree on who was going to retain control of the merged entity.

DWS chief executive Asoka Woehrmann repeated on the firm’s recent Q1 earnings call that he wants to play an active part in the consolidation of the asset management industry. Amundi executives seem to have espoused similar intent. Amundi, the largest European asset manager and a global top 10, was also said to be looking at DWS; as were Allianz Global Investors, Natixis IM and Generali.

But some observers say asset management consolidation will mainly be seen in deals involving smaller players; those that could struggle to confront industry challenges or which are experiencing falling profitability or fund outflows rather than a race to create new mega-players. Which seems to suggest this a potentially as much a question of merging from a position of weakness. In a world where money tends to beget money and fund flows in any case tend to accrue to the top-end players; that may well be the case.

And let’s face it, consolidation isn’t all about trying to compete with the Blackrocks of this world for AUM muscle. That’s unlikely to be a worthwhile or even realistically achievable exercise. If the largest players in asset management are pulling away from the rest of the field, Blackrock and Vanguard are pulling away from the lead group in terms of sheer scale. Beneath the two Goliaths are around a dozen mega-players with AUM of US$1 trillion or more. And then there’s another dozen and a half or so with AUM between US$500 billion and US$1trillion.

But below that group lies a long tail of hundreds of firms where scale disappears pretty fast and where you’d imagine mergers can create meaningful efficiencies, even if they wouldn’t necessarily propel the merged entity far up the AUM league table.

The asset management industry is currently over-supplied. I don’t imagine anyone would challenge that statement. But while it might be easy on paper to espouse the cause of fund management mergers, that doesn’t make it any easier for mergers to happen or to work once they’ve been consummated.

Mergers can be fraught with cultural attunement and other integration risks, including key-man risk in an industry where fund managers with good track records are the key assets. And, of course, if it’s about improving margins, merging two firms with low and/or falling margins is unlikely to be that compelling for either side.

Market observers and analysts can get carried away with over-enthusiastic and over-excited commentary about things like mergers. Ever the naysayer, I guess I’m pushing back a little on merger over-exuberance. I may be totally wrong about this but while deals will happen, I suspect they may not happen at the pace or at the scale some in the industry are forecasting.

China’s GDP for 2019 is 6.1 percent, lowest in almost three decades

The Asset Talk: How is China's sustainable finance policy different from other jurisdictions?